The Myosource Kinetic Bands are a great tool for muscle endurance because wrestlers are able to perform 15-20 reps quickly in a number of designated sets, working to overcome the tension produced by the resistance bands. Wrestlers use their own body weight and when combined with the resistance bands they build the muscle endurance to be explosive for their entire match. This is essential for wrestlers during a match because often they end up on the bottom and have to explode out or need to escape from their opponent. The Myosource Kinetic Band straps go on just above the knee and do not limit wrestlers from performing drills, stretching exercises, warm up, and practicing their moves. By mimicking all of their moves, wrestlers are able to build muscle endurance while they perform their normal training. 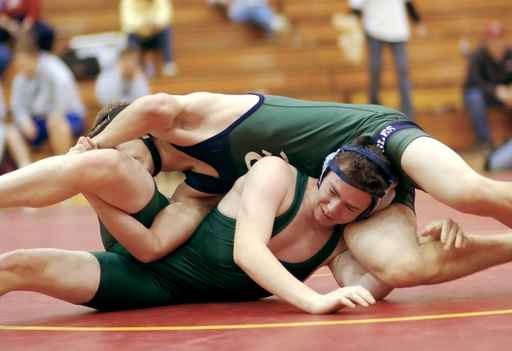 When wrestlers put on the Myosource Kinetic Bands, their goal should be to stretch and warm up to mimic the exact movements they perform in their wrestling matches. When the resistance bands are off, the wrestlers are able to stretch their muscles easily for their entire match.

Only being able to rest for a few seconds between rounds is not a very long time for a wrestler’s muscles to recover, so endurance will be the key to finishing a match strong. Wrestlers who are able to get their heart rate up by performing plyometrics with the Myosource Kinetic Bands will build the endurance to finish strong and their muscles will recover quickly.  The last thing a wrestler wants is to tire and not be able to produce the explosive moves needed to finish off their opponent. Wrestlers spend a lot of time running stairs and laps, jumping, and performing their moves over and over to increase their endurance.

A lot of wrestling teams perform a variety of endurance drills on the mat. A few of these drills include bear crawls, fingertip and toe walks, sprinting, forward and backward rolls, karaoke, walking lunges, a variety of hops, and shuttle runs. Adding the Myosource Kinetic Bands to these drills and exercises will enable wrestlers to reach their goals and increase their endurance.