Wrestlers spend much of their time pushing and pulling their opponent, whether that is on the mat or standing upright. From pushing an opponent away for an escape to pulling an opponent to prevent an escape, it is important for wrestlers to have the muscle strength to accomplish the task. Familiar strength building exercises utilizing the Myosource Kinetic Bands include pushups, pull ups, and bench presses. Pushing is a natural movement like in a push up and most people are able to push an object much easier than they can pull it. Wrestlers need intense and quick muscle contractions in order to pull, which requires strong chest muscles, shoulder muscles, biceps, and triceps, as well as an explosive core, and lower body. The Myosource Kinetic Bands allow wrestlers to use their own body weight to perform reps and sets to build muscle strength. 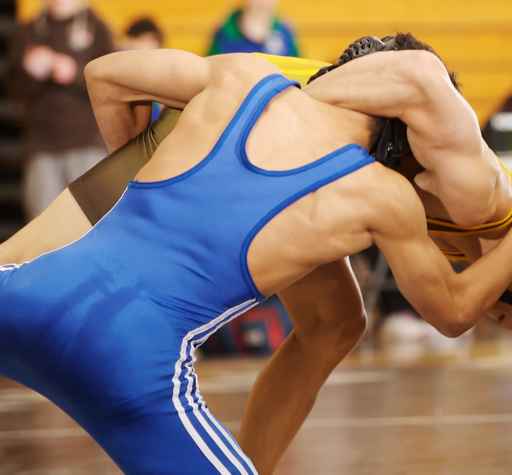 Other great pulling exercises with the Myosource Kinetic Bands included rowing, pull-ups and arm curls. The motions in these exercises require wrestlers to pull their body weight while utilizing the tension of resistance.

Wrestlers also need a strong lower body in order to make an escape or sprawl. The hips, thighs, glutes, and hamstring muscles need to fire quickly. The Myosource Kinetic Bands can be worn while a wrestler warms up, stretches, and practices their moves. When wrestlers train with a partner and they both wear the Myosource Kinetic Bands they are intensifying the stimulation of their muscles to contract quicker for increased strength.